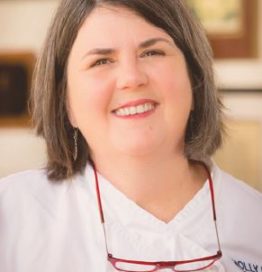 Ouita Michel is the owner and executive chef of the Holly Hill Inn in Midway, Ky., the flagship of her eight-restaurant group. Over the past 18 years, Michel’s restaurants have purchased $3 million in Kentucky farm products, including produce, dairy and meats. Michel has been a James Beard Foundation Award nominee as Outstanding Restaurateur and as Best Chef Southeast numerous times. Michel and her restaurants are regularly featured in local and national media, such as New York Times, Southern Living and Garden & Gun. She also is chef-in-residence at Woodford Reserve Distillery. She, her husband, Chris, and their daughter, Willa, live in Midway.

Food and the Cancer Patient: Psychology and Nutrition – A Chef’s Perspective