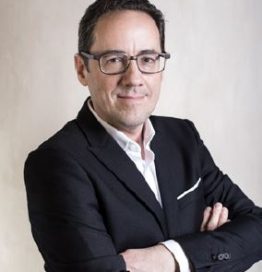 Consultant for some of the greatest chefs in the world, including Ferran Adrià of the famous elBulli restaurant and Andoni Aduriz of Mugaritz restaurant, François Chartier is regarded internationally as one of the pioneering researchers in terms of recipe creation and wine and food harmonies. Robert M. Parker Jr says he is “Pure genius!”, while Ferran Adrià qualify him as “the number one expert on flavors”. Since winning the prestigious Best Sommelier in the World award in 1994 (Grand Prix Sopexa, Paris), François never ceased renewing himself and relentlessly pursuing his research. He published the first results of his research in *Molecular harmonies and sommelerie* – discipline he created in 2002 – in his groundbreaking book Taste buds and Molecules. The book was awarded Best Innovative CookBook in the World, at the 2010 Gourmand World CookBook Awards in Paris. In 2015, he became member of the board of The International Society of Neurogastronomy, at the University of Kentucky College of Medicine and UK HealthCare. Since 2016, he has taken up residence in Barcelona and multiplies new aromatic projects, including a new concept of aromatic wine & food menu at Sofia Beso restaurant in the five-star Hotel Sofia, and also in Japan, where he sits in Tokyo on the research committee in Artificial Intelligence and Robotics Cooking with the SONY Corporation team. His most recent adventure is in the world of Japanese sake, where he is now master blender of one of Japan’s oldest sake breweries, the Tanaka Sake Brewery. His first sakes will be launched around the world in the fall of 2019. www.francoischartier.ca